The Hartzell 110″ four-blade, reversible, full-feathering propeller is designed around takeoff and climb performance, which makes it perfectly suited to the needs of the Otter. 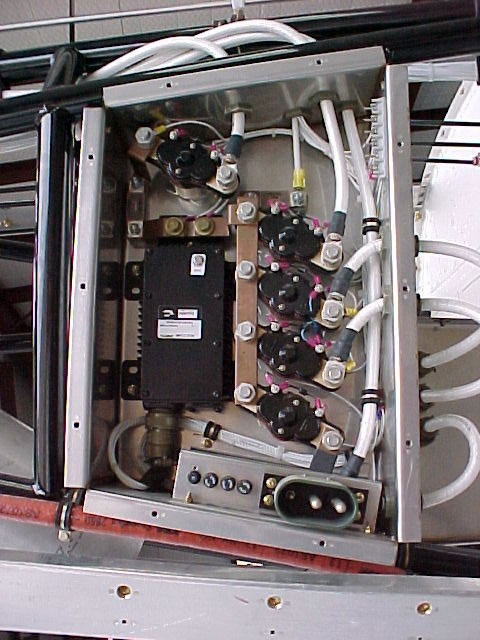 Electronic engine instruments use transducers for engine pressures, thus removing flammable fluid lines from the cockpit. All transducers are the same and are interchangeable (only need to stock one spare for all four)

All cockpit circuit breakers are now located below the pilot’s instruments on a hinged panel and are push-pull type breakers.

Starter relay, ext. power relay, battery relays, gen. relay, generator control unit, and other miscellaneous electrical components are located in a stainless steel enclosure on the port side of the aircraft for ease of maintenance.

The batteries are located in their own stainless steel enclosure. It is pressure vented and drained to prevent gas build-up and to protect to the batteries from the heat of the engine nacelle. They can be operated independently or in parallel.

The fuel system is the same as the original Otter, except that the original metal screen fuel filter assembly is replaced with a 25 micron Purolator/Facet Filter that incorporates an impending bypass light. The system does not require a continuous running boost pump. The fuel system is compatible with other extended fuel systems available.

The engine has an auto and continuous ignition system as a safety precaution to re-light the engine immediately in the event of a flameout.

The empty weight c.g. is located at the forward limit of the envelope to help prevent the c.g. from exceeding the aft limit at high gross weights. This also helps the loaded c.g. if one opts to install the extended range tanks.

The airspeed limits, c.g. envelope, and flaps limits do not change.